I remember the many Christmases spent combing through the presents under the tree… trying to see through the wrapping paper. On occasion I would shake them, other times I would venture to loosen the tape on them very carefully to see what was inside.

You have to understand that my mother was a master at wrapping Christmas presents. She would spend hours constructing special boxes and adding jewels and ribbons. They would often have a theme. You could say that her Christmas gifts were works of art. This only fueled my curiosity and made it all the more dangerous and adventuresome.

This inquisitiveness was sparked by impatience but also by an expectation of something wonderful inside. Sometimes, God surprises us with a gift wrapped in the most unusual paper and in a very odd shaped container. I couldn’t help noticing this as I read in the book of Genesis about the story of Joseph in the land of Egypt.

Joseph had survived abuse, torture and abandonment at the hands of his own family. He was sold as a slave and carted off as a youth to live in a foreign land, away from everything he knew and everything that was familiar.

While there, he was seduced as a minor by a woman in power, falsely accused of sexual assault, and thrown into prison. These were dark, sinister and painful circumstances… perhaps we read them like a fairy tale that has a happy ending… but I can’t help to pause for a moment and think about the potential of fear, anguish, and bitterness holding Joseph captive in a dysfunctional destiny for the rest of his life.

Yet God was present in his suffering. As Joseph leaned into God, God began to slowly restore Joseph’s dream of living. Joseph grew into a powerful, well respected dignitary in the land of Egypt. During this time, he had two sons, Manasseh and Ephraim. He gave them these names to remember the gift of God: Manasseh, because God made him forget all of his trouble and all of his father’s household and Ephraim because God made him fruitful in the land of suffering.

I am intrigued by Joseph’s ability to see and name the gift God was offering him in the midst of his suffering… something only God can do. This is no trivial matter… it is a blessed forgetfulness of his pain. The pain of his troubles and family no longer held him captive. We see that clearly when he was able to extend forgiveness to his brothers later on in the story. Fruitfulness in the midst of apparent barrenness, isolation and hopelessness: God was able to do the impossible… make something out of nothing… meaning out of chaos.

I, too, find myself in the story of Joseph. I too can say that I have experienced the gift of blessed forgetfulness of my troubled past and the pain I experienced as a child in my father’s household. In that, I am no longer held captive by the pain and devastation of my childhood… something only God can do. I, too, find myself in a time of fruitfulness after walking though a land of suffering… something only God can do.

I am sure that there are many of us who find ourselves somewhere in this story. Perhaps we find ourselves in the dark places and wonder if we too might see God’ work. Some of us have moved into better places but missed the opportunity to marvel at God’s movement and the signs of life and rebirth. Maybe we all need to spend some time under the tree combing through the possible gifts God is extending to us, shaking them, unwrapping them delighting in them, counting them and naming them.

I marvel now at the gifts God has given me and say, thanks be to God… something only God can do. 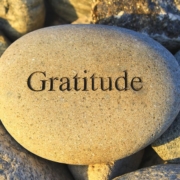 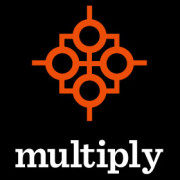 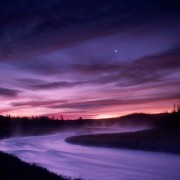 A Quest for Jesus - Journeying toward a deeper relationship with Jesus

We can, we will, we are… a sermon about the real meaning of Pentecost, Part 1

It takes a little practice...

Listen for the whisper

Why settle for yesterday’s manna when there is a feast today? What frames your day?
Scroll to top